I'm in the middle of modeling this character, Marnie, for AnimSchool. I decided to start from the geo of our other main character, Malcolm. I figured it would be a tricky task and that's definitely been the case. This is not done yet, by far but I thought you might want to see the process.


I designed this girl as a female character for the school. I don't even have the body designed yet, but I was anxious to get started on the face. 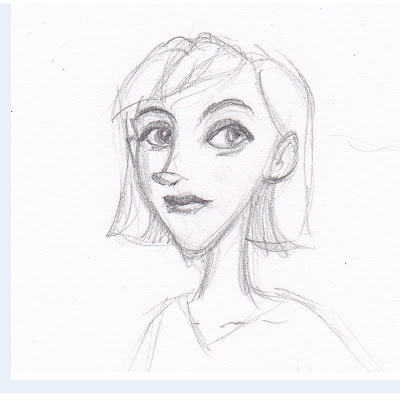 So, from here, read backwards starting at the bottom of this post! 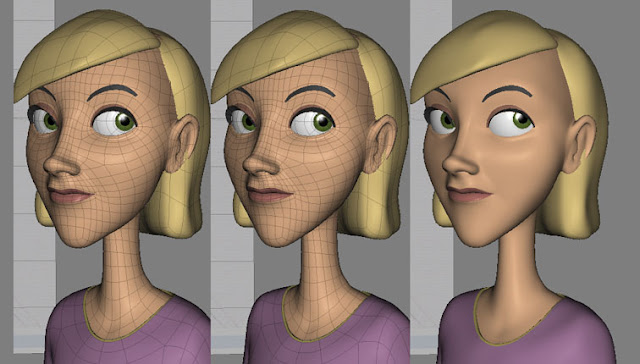 There is still much work to do on her face, but it is starting to look nice with the hair temp-ed in. There is a tug of war trying to hit the art exactly because it is cheated side to side. When I drew it, I unknowingly introduced inconsistencies from left to right. If you make one side match up perfectly, the other side is way off. So there is a compromise of forms. So, she's not done! Not nearly as nice as the drawing.  I will show you the next steps. Total time spent: 1 1/2 days. 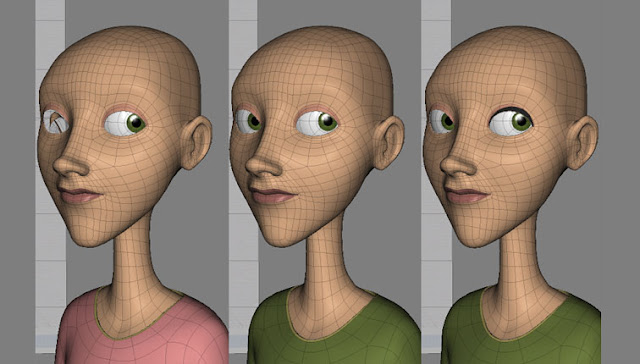 Fine tweaking of the lips and cheeks. Shoulders. Adding eyelashes. 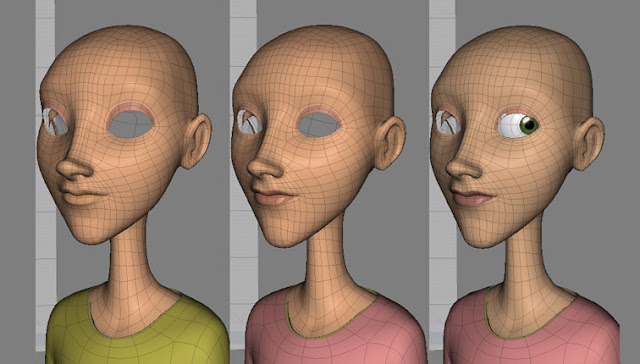 I started to get to a place where she was looking nice. In a way that's bad because it means my eye is running out of ideas. To take it to the next level, I need to bring along some of the other elements. She needs to look more feminine. I have her some lipstick and fit the eyes in there. 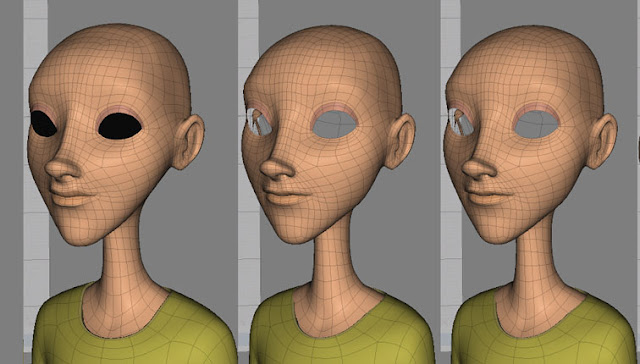 I got past the ugly stage. I added rows to get the hard turns on the lip to keep form. I worked on the nose to get a dainty round upturned edge, like the drawing. 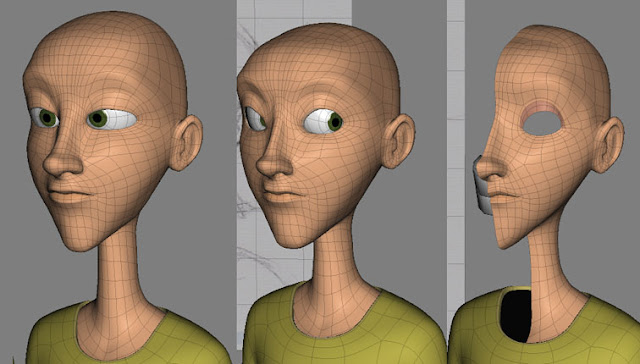 Wow, ugly! As I pushed the geo closer to the drawing, it strained the topology. (On the left, see the edges pulling together in places and how much cleaner and grid-like the later one on the right.) So I started rerouting the cheek, mouth, and especially forehead/brows area, connecting the rows that are more aligned so polys aren't shearing. On the right image (above) the geo flows more evenly.  I removed some rows around the eyelid so I could get the right shape quicker. I can add detail back in later. 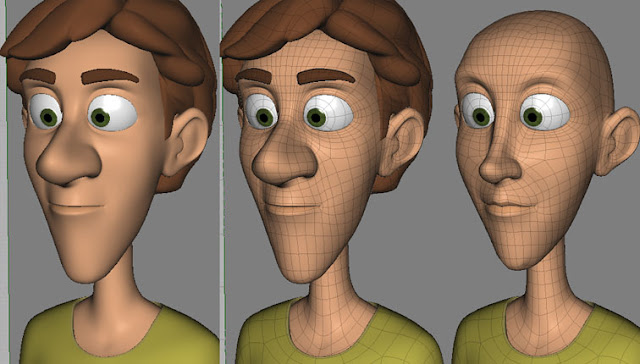 I placed two pictures of the design in my scene, one to the left to be referenced always. And one exactly overlaid on the head, as a texture on a card, toward the back of the skull. I saved a camera position and would always return to this to evaluate. I set a hotkey to swap immediately between the drawing and the geo. So I couldn't see both at the same time, but I could switch fast enough that it shows what needs to move. This is better than solely looking to the side.
(This is being modeled in Softimage.) I started to shove things around in symmetry modeling mode, with Proportional Editing on, constantly changing falloff distance.
Wow, did he/she look ugly for a few hours!

Posted by AnimSchool at 1:14 PM