AnimSchool Interview: Winner of the 11-Second Club, Will Sharkey

Today's interview is with animator Will Sharkey, the winner of the 11 Second Club September 2011 entry.

First of all, congratulations and welcome!


Hello, thanks for having me. I'm delighted to get the opportunity to chat with you guys.
So firstly how long have you been animating and how did you get into it?
I honestly don't know how I got into animation specifically; it just kind of happened. I actually studied "Model-making and Effects for Film" for 3 years at college in Ireland, which was not specifically focused on animation or animation principles. At end of the second year, I realised that there were few physical model-making opportunities in Ireland Itself. The course had the flexibility to achieve projects in a digital medium, so that's when I first got working with 3D software. 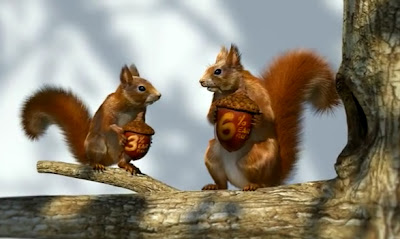 After college, I got a job as a 3D generalist in Piranha Bar, a post-production company in Ireland. Working with XSI on a few projects, I slowly started learning animation fundamentals. I worked on a particular job involving two characters interacting for thirty seconds, all shot under one camera move. The job turned out fine but, on reflection afterwards, I realised that I was lacking a lot of knowledge about character animation. So I bought a few books and started doing animation exercises, with a goal of achieving a standard of animation that would be fitting for the 11 Second Club and other competitions.

Have you done any work professionally? Anything the public might have seen? 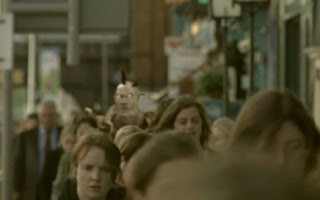 I've worked on a good few projects and a short film with Piranha Bar. We recently finished a great project where I got to animate two squirrels. It was a four week deadline, which is madness when asked to model, rig and light two squirrels, animate them and render! My colleague Simon Burke directed and addressed all  3D aspects, while I took care of the rigging and animation. (Bank of Ireland Squirrels Ad done in four weeks).
I also took part in a short film directed by Gavin Kelly titled 'Avatar Days'. It was created for the Darklight Festival's '4 Day Movie' project. With only four days to shoot, edit, animate and composite, we used  motion capture for most shots, bar one shot at 1m30sec, which I keyframed. 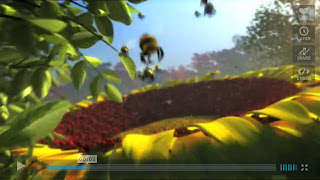 Another project under time constraint was more of a technical challenge involving a lot of hairy bees and a gigantic stadium/sunflower.  Others I've enjoyed working on were a spot for an Irish Newspaper, Robotic Sky Pirates and some character animation for a health-care advert.
I believe you're the first animator to use AnimSchool's Malcolm rig in the 11 Second Club competition. You've got to be happy with that, right? Overall how did it go, animating with it? 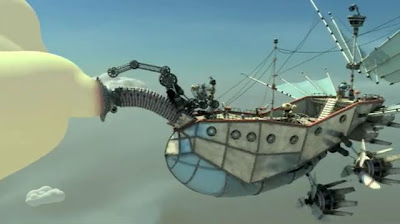 When I approached character animation in Softimage, I really wanted a reliable rig to work with  and considering I was aiming to enter animation competitions; it had to have some facial controls. After searching around  the internet and bombarding forums with questions,  I got the opportunity to beta test an early build of the Malcolm rig. The beta rig was a really solid build and, having used the vast majority of free rigs available for Softimage users, I was delighted to hear that Malcolm was being released as I have grown really comfortable with the rig and character.

You seem like you had quite a bit of control over the rig. When you first opened up the rig, were you overwhelmed by the amount of controls this character had? And how did you handle it?
On first opening up the rig, I realised that a whole lot of work went into it; it was easily the most complicated rig I had opened on my computer. I sieved through the facial shapes just looking at the sheer amount of detail and range that was achievable. It didn't take long to find out where everything was. The keying groups in the synoptic really help: selecting the 'basic' key-group, you could quickly identify the fundamental controls to move your character. 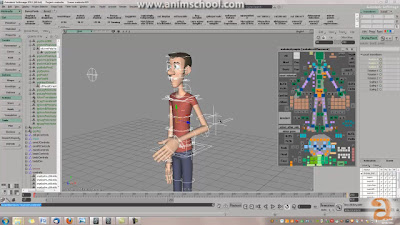 Approaching any rig though, it takes a few hours the get comfortable with it. Once you mess around with the rig synoptic, find where everything is pointing to and check main controllers for animated sliders (eg IK/FK switching), you can begin to set random poses to see how everything moves.
The thing about the Malcolm rig is there are also lots of additional controllers for specific situations (e.g. elbow pins, hyper extend), things that aren't essential, but really help when animating.  It took a few poses to work through the controllers but Malcolm Rig is very light weight, so all that extra control isn’t slowing the rig down. All these details really speed up animation and makes things a lot more fun.
So let's talk about your winning entry. From concept right through to process. How did you come up with this idea originally? I listened to the audio a good few times and sourced it, trying to figure out under what circumstances were the lines spoken. My first idea was a wartime scenario, a sniper in a bell-tower reaching for a bullet, finding he's out of ammunition and realizing that his role in war was worthless. Thinking about the scene though, I felt that story probably needed more than 11 seconds to tell it; plus, I wanted to work mainly on facial animation and let a performer's face tell the story. So I came up the idea of a priest struggling to come to terms to what he has devoted his life to. This scene gave the same sense of futility as the wartime idea, but I could keep the character in close-up for most of the shots. 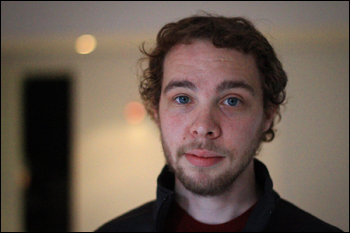 I thought a confession booth would be the perfect place as I liked the idea of a priest reversing roles and actually being the one confessing. So I set about loosely posing the character in a confession booth,  not worrying about the audio clip for now; I just wanted to get some key poses and tell the story. Once I had ten or so key poses, I slipped those poses along the timeline in sync to the audio. Next, I mapped out the camera move. I looked up reference of films with confession booth in them - I wanted to see what angles other directors had come up with. With the camera locked, I just kept refining, throwing out poses, adding some in until I had a finished piece. Lastly I lit the scene, broke my scene file into shots and rendered.

There were a lot great moments and solid acting. Did you end up shooting and studying video reference?
Animation reference is a must. After listening to the audio, I positioned my phone mimicking a camera angle I had in mind and started filming myself acting out the scene. Once you act out the line a few times, you realise what you want to put into your animation, little gestures pop up that you wouldn't normally think of. At the end of the animation, the Priest grabs his collar--that was something that just happened in my video reference.

The other thing I added was a prop, in terms of a cross. Props are great as they act as another little character and allow a character to be a little more expressive through the prop. In the video reference, I toyed with a lighter from hand to hand... as I had no crosses lying around! Animating anything passing from hand to hand is difficult to figure out but with your video reference,  you can see what happens exactly when. 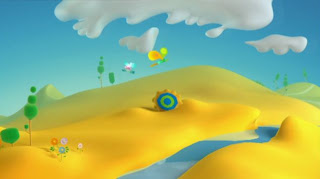 Lastly, what are you currently working on? And what can we expect from you Will?
At the moment I'm busy in work on a few projects, the most recent of which is an illustrated world of cardboard cutouts, lit and animated in 3D. Outside work, I’m looking forward to entering Malcolm into another 11 Second Club competition as well as scanning the horizon for character animation jobs in sunny climates!

Awesome Will. Thanks for doing this interview and congratulations on your entry once again. We hope to see more of your animation in future!
Cheers mate.
Will's reels:
http://vimeo.com/willsharkey

Posted by AnimSchool at 8:05 PM