AnimSchool would like to introduce Jim Donnelly. Jim, can you tell us a little about your background and what 3D experience you had before entering AnimSchool's 3D Character Program? 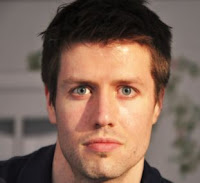 I come from a traditional film background. I started off working as a camera loader and later as a camera operator for music videos and TV. As a lover of visual storytelling, I've always been intrigued by the power of 3D animation, but was a bit intimidated by it. I thought that working in CG required a degree in computer science. It wasn't until I played around with a friend's copy of 3ds Max that I realized I could actually make 3D art. My first piece was a cube and I'm still proud of it. From there, I was completely hooked. I tried to teach myself as much as I could about 3D modeling before eventually taking some classes in Maya at the Rhode Island School of Design.

What peaked your interest in becoming a 3D Rigger? What do you enjoy about rigging?

My interest in Rigging came as a result of wanting to do more with the models I created. I absolutely love the modeling process, but once I've completed a character, I find myself wanting the ability to play with it a bit; try new poses, facial expressions, etc. Learning how to create and install the controls that would make this possible was the next logical step for me. As it turns out, I enjoy it a lot more than I thought I would. It's a part of the pipeline that has its own unique set of challenges and utilizes several different skills. For me, it's the perfect mix of visual art and technical problem solving. It also rewards my need to stay organized!

What artists inspire you?

Oh wow, there are so many artists that inspire me. Like many interested in 3D animation, I've been inspired by Glen Keane, John Lasseter, and Brad Bird. Their ability to push boundaries and further the medium has been nothing short of amazing. I'm also astounded by the work of fairly recent digital sculptors like Laurent Pierlot, Alessandro Baldasseroni and Rafael Grassetti. Their attention to detail is just incredible. But, I also have to mention that AnimSchool's own Marty Havran actually played a role in kick starting my fascination with 3D. I was just starting to study cinematography when I saw the film 'Contact' in the theater. There were a couple of shots in that movie that just did an amazing job of playing with perspective and seamlessly blended cg with practical elements. I remember buying the issue of American Cinematographer with 'Contact' in it so I could read how they pulled those shots off. It totally blew my mind when I saw Marty's reel and learned that he worked on one of the very shots that I was obsessed with. What a crazy coincidence!

Looking back at past 3D films, is there a character that you would have loved to model or rig? Why? What do you like about the design/character?

I would have loved to model and rig Scrat from the Ice Age films. I just find that character's design to be so appealing. So much is communicated without even speaking. It's hard not to smile when he first appears on screen. And I think the challenge of designing a rig for a such a dynamic character whose body is subjected to nearly every force of nature would be a lot of fun too. The poor guy is such a glutton for punishment.

Now that you've had a couple rigging classes at AnimSchool, when you watch a 3D film do you see it differently? How?

Absolutely. I'm so impressed by the amount of thought and effort that goes into creating a feature rig. Before taking these classes, I hadn't truly considered the amount of design challenges you'd encounter when trying to accommodate all of a character's particular animation needs. Rigging not only requires a firm grasp of anatomy and body mechanics, but you have to understand the technical hurdles within the software as well. I have a much greater appreciation for all of the hard work that goes into these films.

After having the rigging classes has your thought process behind 3D modeling changed? 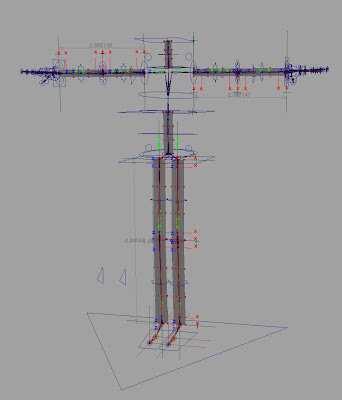 Yes, totally. I think I'm much more economical with my modeling now. In the early stages, I try to focus on conveying as much detail as I can without the weight of unnecessary geometry. After having rigged a character, I can now fully appreciate the importance of proper edge flow and knowing where to strategically place resolution for clean deformations. I think it's great that we're exposed to different areas of the pipeline so that we can directly see how our work impacts others down the chain.

How has your experience been at AnimSchool?

My experience at AnimSchool has been phenomenal. Learning directly from the people who have helped create some of my favorite animated films is a truly rewarding experience. Just the breadth of practical knowledge being taught by our instructors, who are dealing with real-world production challenges day in and day out, has been priceless. The classes are so well-structured and thorough that no questions are left unanswered. There's a strong sense of community at AnimSchool as well. Fellow students are very encouraging  and supportive. And, because the classes are live, I feel close and connected to people who are on the other side of the globe. It's pretty cool. I've had the desire to work in this field for quite some time, and through AnimSchool, I'm finally starting to feel the confidence I need to reach that goal.
Posted by AnimSchool at 9:29 AM