Welcome Jackie, can you tell us a little about your background and how you got into animation?

I went to school originally for Graphic Design in my home town of Vancouver, Canada. Upon graduating 4 years later, I entered a New Media and Technology 6 month program which was my first step into animation. I remember them showing us Jurassic Park to explain what animators could do. I was hooked. I completed the program and then took classical animation night classes for a year. At this point, I knew I needed to animate something new for a demo reel. So, I quit my non-animation job, gave notice on my apartment, put all my furniture in storage and moved into my sisters basement for 3 months to animate something for a demo reel. While not fabulous by today's standards, that animation was enough to get me my first job! I was hired by Mainframe Entertainment in 2000. Mainframe began the first 6 years of my animator career where I worked in TV and Direct to DVD movies. I left Mainframe to do the "crunch jump." Working on 3 different feature film crunches in a row which were 'Happily N'ever After,' 'Night at the Museum' and Blue Sky's 'Ice Age - The Meltdown.' My temp job on 'Meltdown' eventually turned into a permanent offer, and I've been at Blue Sky ever since!

I can't say I have any one particular favorite character. My interests seem to change from film to film. Today, my favorite characters to animate are humans. I've worked on a lot of animal shows and its interesting to try something new. I'm enjoying searching for natural gestures and emotive body language and expressions.

My favorite scene to animate is emotional acting shots. The more I can feel and relate to the scene, the more I enjoy it.

On Rio you were the lead on Marcel. What were some of your thoughts when coming up with appealing poses for the villain? 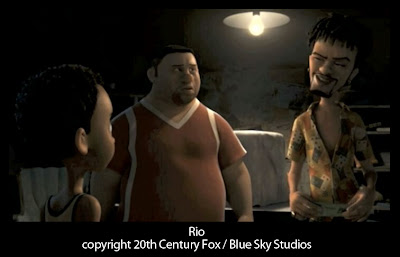 I started my research & development on Marcel with Brazil. Marcel is from the Favelas, which are the shanty towns of Rio de Janeiro. I spent a lot of time hunting for information on the Favelas such as articles, documentaries and images. Once I had a grasp of where he came from, I started to think about who he was, how he carried himself, and what his background was. The best resource turned out to be the movie 'City of God' and the ruthless gangster boss Mané played by Seu Jorge. Mané was a huge inspiration for Marcel. The way he carried himself, where his center of gravity was, how he held his head high so he could look down at others always with a relaxed but "tough guy" stance. Mané was a dark character with one of those unpredictable dangerous smiles. Great stuff! 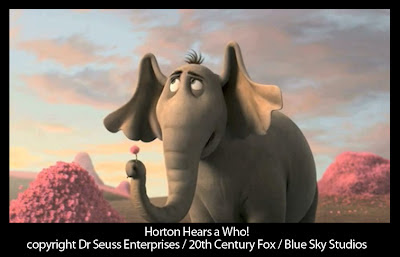 The most challenging character I've animated was Horton from 'Horton Hear's a Who'. I put a lot of pressure on myself to do well because I was still pretty new to Blue Sky (which was stacked with talented animators!) and was still in the first year or so of my feature film career. Horton was a beloved childhood character of mine, he was also very expressive and cartoony in the story boards and he had really juicy dialogue from Jim Carey. 'Horton' was both challenging and exciting at the same time.


There are many steps in animating, from planning/video reference to splining, what is your favorite step when doing a shot? Why? Do you have a least favorite?

My favorite step when working on a shot is the polish at the end. At this point, the idea is approved, the execution is there, now it's just hunting for cool details to add to and plus the shot. My least favorite step of a shot is the first day or two of splining. Those couple days where I'm cleaning curves, poses and timing.

Out of all the films you've been a part of, what film have you had the most fun working on, and why?

I had a great time on our most recent film 'Ice Age - Continental Drift'. I was the Lead on Shira, Diego's rival and love interest. Jennifer Lopez did a great job on the read, and Shira's sassy and strong personality was a lot of fun to animate.

Lastly, Do you have any advice for student animators? 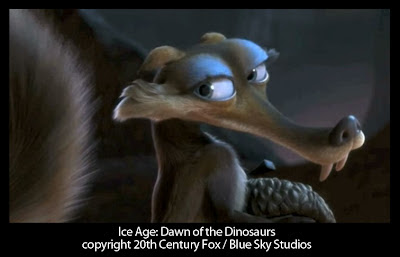 Perseverance. That's what I think students need most of all to succeed. Animation is a very complex theory to grasp, and the software is equally challenging when you are first starting out. Accept that you will spend hours and hours at this before you start to grasp it all. Keep at it, keep pushing yourself. The second most important thing is to learn how to take constructive criticism for what it is... constructive! This goes for school and work. Animators get daily critiques from Directors, Supervisors and/or Leads, the sooner an animation student gets used to critiques, the better.

We'd like to thank Jackie for taking the time to interview with AnimSchool. Check out her reel on Vimeo: