We'd like you to meet the multi-talented, Scott Sava, who's worked on everything from video games to television to feature film to comic books. He is now producing, directing, and writing his first full-length feature animated film, Animal Crackers. 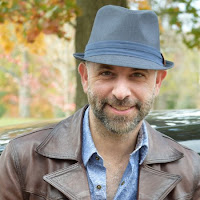 Hello Scott! Can we start by getting to know how you became interested in 3D?

I started out in video games in the early 1990’s. At the time… it was Sega Genesis games (I worked for Sega of America) and everything was 16 bit (animating pixel by pixel).

As the years went on… 3D became the new thing… and I got to learn the medium as it grew in the industry. Eventually… I got to try my hand at films when I worked on a couple of the Casper the Friendly Ghost movies. 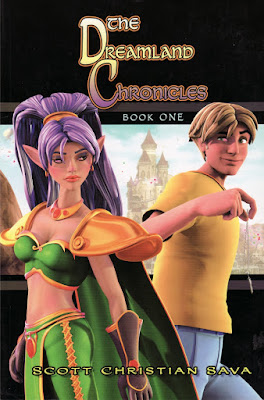 Most people would not think of creating a comic strip (which is usually considered 2D) from 3D models. What was the deciding factor when you chose to try that?

I’d always wanted to be the artist on the Spider-Man comics. Since I was a kid. I went to art school. I studied illustration. But I never really had a knack for traditional pencils and inks. So despite showing my work at every comic convention for years… I never got the call to work on Spider-Man.

One thing led to another and… whatdyaknow? I got the gig.

After Spider-Man: Quality of Life (that was the series I did for Marvel to fulfill my childhood dream), I wanted to push the medium. So… Dreamland was born.


(The Dreamland Chronicles is available to read at http://www.thedreamlandchronicles.com/)


What do you think modelers, animators, or comic artists could learn from the unlikely combination of 3-D models in a 2-D format?

Well. You can photoshop a lot of your mistakes. That’s a plus. 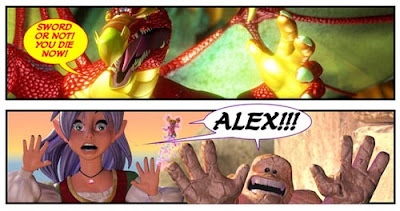 But, the lack of movement makes the poses extra stiff looking. It’s very hard to get nice lines.

And, the fact that your readers can literally stare at a single frame for HOURS to spot every mistake is never fun.

But. You can tell a story MUCH quicker (and cheaper) than you would be able to in animation. So there’s that.


How long did it take you to get from your lowest professional point to where you are now?

I started professionally my junior year in college (Academy of Art in San Francisco) at Sega of America. That was 1990.

I don’t want to do the math. It would make me cry all over my keyboard.


You took a very unique path to get to where you are today. Could you identify the major stepping stones for you, and how you got to each one?

I started off wanting to draw comics in High School.

I went to Art school and learned Illustration. 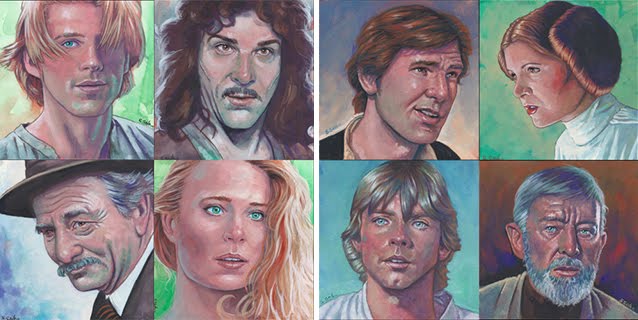 My junior year of art school, I got an internship to learn animation for Sega games.

A few years later, my wife and I moved to Los Angeles to work for a comic company (Malibu Comics) where I did both games and comic book covers (Star Trek and Mortal Kombat).

A few years later, I got a chance to work on my first feature film (Casper: A spirited beginning) which got me doing character animation for film. (I was the lead animator for the uncle Stretch.)

All the while, I wanted to do the Spider-Man comic I’d dreamed of since I was a kid.

Then, Marv Wolfman introduced me to the concept of merging the two mediums (animation and comics) and I got my dream job.

From there… I did several years of comics. Mostly for my, then newborn, twin boys.

Suddenly, Hollywood studios were optioning (when they pay you a small amount of money to take a property off the market while they develop a film) my books.

After many years of nothing ever getting made… I decided I’d do it myself.

And here I am. Making my first animated film… Animal Crackers. 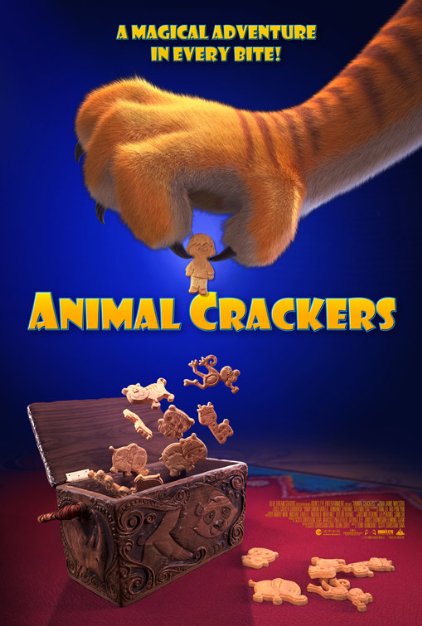 How did you get the inspiration and courage, as well as the funds, to turn your Animal Crackers and Pet Robots comic books into full-length feature animated films?

Inspiration was my kids. My twin boys. They were maybe 7 or 8 at the time. I write all my books for them.

The funds was tough. REALLY tough.

The way we got the funds was to put together an animated short to show the investors what the movie would look like. That’s what sold it. Showing them.


What is the most exciting part of producing an animated film from your own home?

I think the fact that I’m doing it from my own home. I love not having to deal with traffic or… well… just people in general.

I love being able to paint while talking on the phone. Or skyping in my PJs.

Here's another amazing Sneak Peek from Blue Dream Studios Spain for Zoe Huntington (played by Emily Blunt).I'll try to keep adding new snippets here and there throughout the production. Hope you enjoy.Emily Blunt Official
Posted by The Animal_Crackers Movie on Monday, May 4, 2015


What advice do you have for other people who dream of doing something very similar? 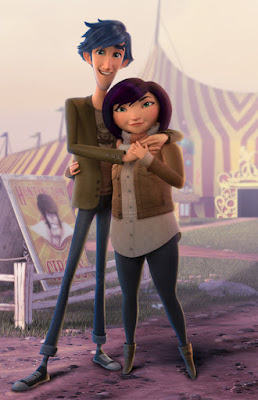 I’m an introverted artist. I do not have the personality or tools to do this. So I had to study Hollywood producers. I had to pick up the mannerisms. I had to become a person completely alien to me.

But it was this… or lose my house. So I did it.

As an artist. You can see the end result clearly. But no one else can.

You have to show them. You can’t say “trust me… it’s gonna be great’.

Show them. That sells it.

People have no vision. They lack any imagination.


Too Close...
This week's sneak peek is with Brock (Patrick Warburton) and Owen ( John Krasinski)Can't tell you how fun it was working with Patrick. He steals every scene he's in. It's hilarious.In fact. I don't think we wrote any of this gag. Totally ad-libbed. EnjoyScott
Posted by The Animal_Crackers Movie on Monday, January 25, 2016


As a creative person and also a business person, how do you define success? For example, is it in the satisfaction with a completed project, from income generated, or something else?

I find success daily. Finishing an email. A painting. Getting the kids to bed without a crying fit. 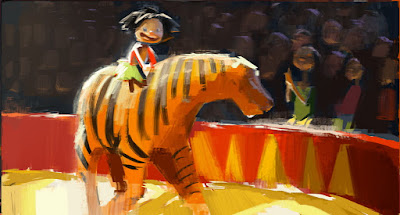 Every day has little successes.

These build up to bigger ones.

Finishing the movie is the culmination of many years of little successes. 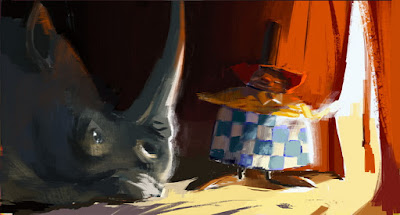 I’ve been working on painting the movie poster for 7 weeks now. Each day… I have a little success. Finishing a chimpanzee. Or just a hand or paw. But it’s a goal I set and accomplish for that day.

One day soon. It’ll be done.

Same for the movie… or pretty much anything we do.

The BIG stuff is always too big to just look at the end result and work towards it alone. You have to chop it up into manageable successes. Bite size.

We’re just happy to be able to pay the mortgage and feed the kids.

This doesn’t mean I’m not going to get paid well. Eventually. But it’s never the motivator.

As artists… we have to both be willing to sacrifice for our art… while also fighting for our right to be paid for it.

Everyone tries to take advantage of you. It’s just how the industry is.


You have done a lot of work (and a lot of different kinds of work!) in the 3D world. Over the years, did you ever make a major mistake that you learned an important lesson from? 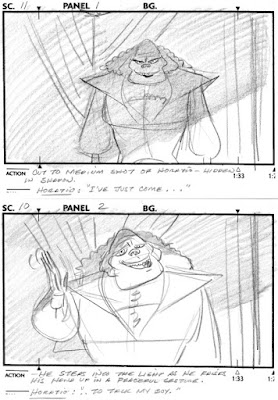 Daily. It’s how you learn.

I don’t recall any one particular BIG mistake. Like my successes… I like to do mistakes daily. In bite size.

Hopefully they don’t add up to one BIG mistake one day. But art is trial and error. It’s exploring the paths less taken.

That’s the fun of it.


Do you have a specific philosophy or approach that you take to creativity and learning?

As above… I have found trial and error, little bites of success, and learn and adapt to be good ones I’ve followed. 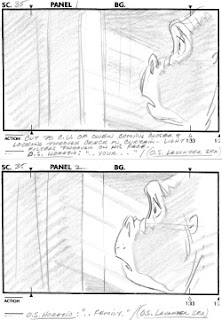 My art and my profession have changed so many times throughout my career. From illustrator to video game animator to game designer to character animator for feature films to comic book artist to graphic novel author to movie producer/director/writer.

I’ve gone from exclusively using prismacolors to watercolors and now gouache to paint.

I once had a head full of hair. Now? Totally bald.

Don’t get hung up on one style. One profession.

Explore. Learn. Become more than the person you were yesterday.

Always try to improve yourself… while still being happy with the person you are.

I think that’s the toughest thing. Striving to be better… while still being happy of who you are and who you were. 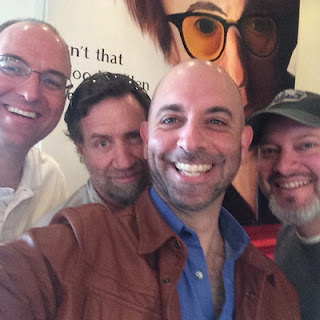 
For more information about Animal Crackers and the team that's behind it,
please visit http://bluedreamstudiosspain.com/
Posted by Alyssa Fifer at 1:06 PM