5 Common Modeling Mistakes and How to Avoid Them

Too Many Subdivisions, Too Early

Unnecessary geometry can get in the way in the beginning stages and it's sometimes hard to go back once you get too much. The higher the subdivisions, the harder it is to make changes while blocking out the forms and proportions. It can make the surface unnecessarily complicated and lumpy. 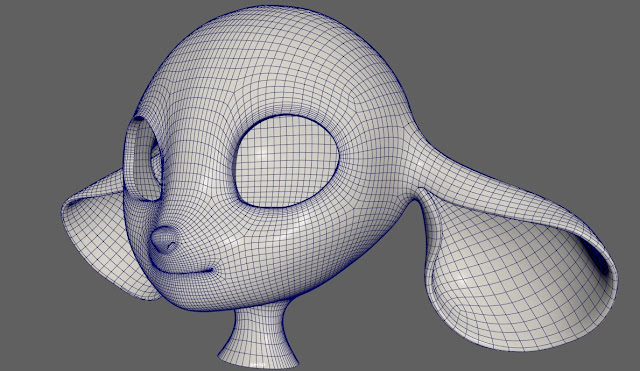 
While the industry standard for model resolutions has gotten higher throughout the years, it's important to remember to start low. Often times you can make the same shapes with less polygons. But at the same time, don't let this scare you into not adding more topology as you progress. When you need more edge loops, you need more edge loops. The key is just to start low and slowly add more as needed. 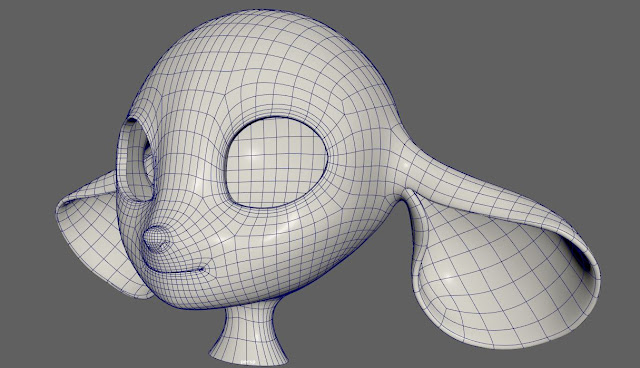 Clean geometry = a stronger and more functional model.
It's easy to get caught up in the forms and ignore the topology. Just remember that every once in awhile it's important to clean things up. 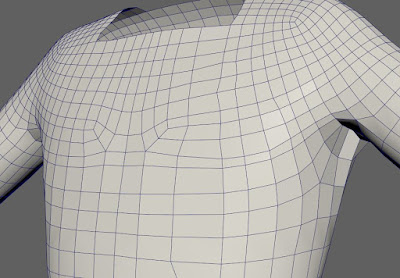 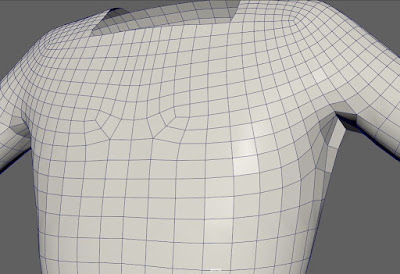 
One of the first things you learn in the character program at AnimSchool is: quads good, triangles and ngons bad.

But what are triangles and ngons?
An ngon is a face or polygon that is made up of five or more edges connected by five or more vertices. Anything over a quad (4 sides) is considered an ngon. And of course, a triangle is a polygon with 3 sides. 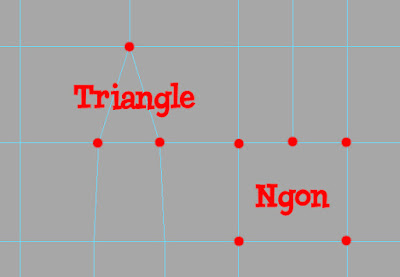 Why are these so bad you ask?
There are several issues that they can cause but the biggest is that they can create odd and unwanted deformations when rigged to be animated. If a rigger finds tris or ngons in your model, it will immediately be sent back to you to fix them. They can also cause issues further down the pipeline when smoothing and rendering.


Quads, however, are universal and generally play nicely with all aspects of the animation pipeline. 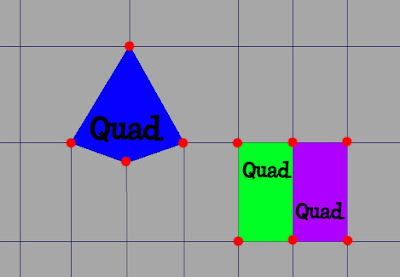 
Proportions are one of the most crucial things to get right in 3D modeling. Get them wrong, and it will throw off your entire model. You have to train your eyes to make comparisons and estimate depth. Of course, allowances can be made for style, and in the end, if you are working off of concept art, certain exaggerations would have to be allowed.

Worrying Too Much, or Too Little About Topology


Modeling (like most things in the animation industry) is a balancing act between the technical and creative aspects. They are equally important for both appeal as well as functionality. It's easy to get hung up on one or the other for too long.


One of the best ways to approach it is to think artistically and focus on the forms for awhile, then give yourself a break by just going through and doing a little clean up. In the end, what really matters is how closely the 3D model looks to the original concept art. Just remember to always keep the topology in mind while you are interpreting the art.

For more animation training at one of the top online animation schools, please join us at www.animschool.com
Posted by Alyssa Fifer at 8:26 AM