Exaggerating To Your Advantage

What makes animation fun is bringing things to life. Animators often study reference video to get inspiration from real movement, but sometimes what we see in real life doesn’t translate well to animated shots. This is where exaggeration plays a major role; we caricature the motion to stylize the visual result. Without exaggeration an animation can feel boring or lifeless. 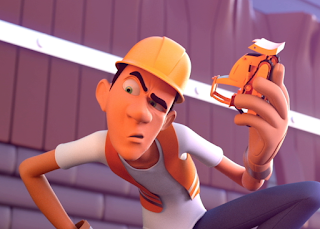 Animation gives us the possibility to explore movements that don't necessarily obey the exact rules of real-life physics. With animation we have the chance to take the foundation of real-life physics to a higher level with exaggeration, resulting in something much more interesting and fun to watch.

Real-life movement and poses and acting is already interesting, but how much more entertaining it can be to put your audience into an alternate reality, where the rules of physics and nature are bent and stylized a bit - to make something truly unique.


How would you enjoy watching a classic Bugs Bunny short but with realistic, motion-captured movements?  It wouldn't be as enjoyable would it? 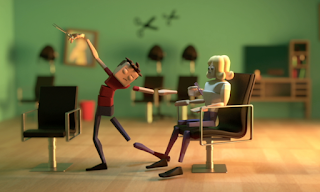 It is easy to feel limited by the rig you are working with, but you shouldn’t be scared of pushing it beyond its limits. Although rigs can be broken, it is likely that when played back at full speed, what looked weird for one frame of your shot may be unnoticeable. Testing the rig you have and finding how you can work around its limitations is always useful. Remember to break the rig to your advantage!

One way to exaggerate your animations is through your poses. Animated poses aren't just a reflection of real life, they are staged for the camera or audience's view to more fully embody the moment and action, carefully crafted to tell the story and convey the emotion the best way possible. A carefully crafted exaggerated pose creates more appeal -- it's more interesting to look at. There may be times when you match the pose exactly as you see it in video reference and that may work well, but you will want to find places and parts of the body you can push to make the pose work better. A great way to do this is first creating the pose you see on your reference and once you are satisfied, go back to it and figure out how you can make it more interesting. Can you simplify the line of action running through the body? Can you create a stronger contrast with other storytelling poses? Is this the best, most entertaining way to make this pose? 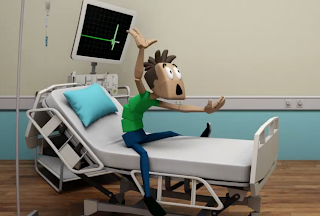 The other major opportunity is exaggerating timing. Animated movements often have simplified transitions, sped up to emphasize the poses before and after. That makes an animation look "snappy".

The timing in your video reference should only be used as a guide and most often you want to push it for maximum effect. Imitating reality can lead to very floaty and dull animations.

Depending on the context, exaggeration can be in small or large amounts. If the production and designs are more realistic, exaggeration should be minimal. More stylized designs lend themselves to more stylized movement and posing.  It is important to keep in mind that a subtle exaggeration in timing or spacing may be just what your animation needs. Don’t forget that you often want to feel the exaggeration more than you want to see it!