Acting choices: Is it a cliche?


There are two ways animators define clichéd acting choices.
1: These are the acting choices that we have seen repeatedly in similar shots so we would prefer to see something else.
2: These are the "go to" acting choices that pop into our heads when we think of acting for animation. For example snapping fingers and smiling to show that the character has an idea or is having a "A-Ha" moment. Or a snarky, knowing smile with one eyebrow down and the other raised.

Most of us animators grew up watching animation. Animated TV shows, Disney, Ghibli movies have introduced us to the magic of animation and motivated us enough to become storytellers ourselves. These shows that we grew up watching constitute a big part of our visual library. Intentionally or not, whenever we think about animation ideas, we tend to go to that library to pick out poses, gestures and actions. Even when we act for our animation references, we often try to emulate that level of broad, exaggerated acting choices. We act and animate as we think it should be and go for acting choices that depict our perception rather than the personality of that character. Every character we animate risks becoming just a copy of our personality or something too close to it. 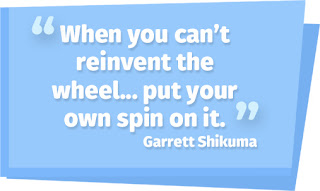 Now, there is nothing wrong with having a visual library that is built on the work of such amazing movies and television shows: it is actually a great thing. However, it would be a shame to not take that knowledge and build on it. Instead of going back and re-using same poses, same acting choices and same actions, it is better to reinvent them, based on your character. As our AnimSchool instructor, Garrett Shikuma put it, "When you can't re-invent the wheel... put your own spin on it."
This spin can come from the personality of the character that you are animating. It can come from the situation that the character is in or it can come from the design or limitations of their body.

So how to avoid clichéd acting choices?

In order to avoid the obvious clichéd choices, consider these: 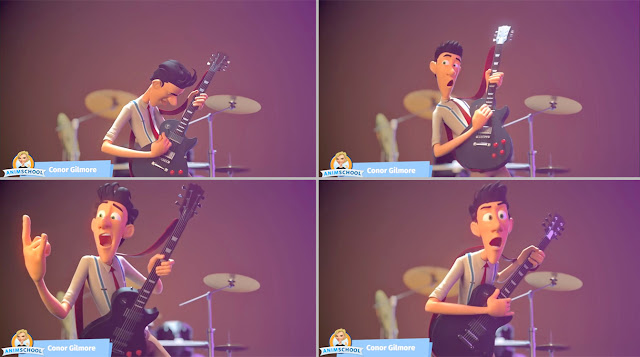 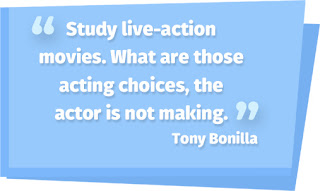 acting choices: Pick a movie that has a good critical acclaim and study it. are the choices that they could have made but instead chose something else. This will help you bypass the obvious choices and come up with more creative acting choices.
Why are the actors doing what they are doing? Or you could consider it from another angle: What

3. Bring your life experiences to your work: Let your own culture and experiences influence your acting choices. But try to make sure that your choices will be decipherable by others. Your work should be original and interesting but also universally understandable. Otherwise, the audience won't be able to connect to it and your storytelling may suffer.

4. If cliché has to be used, then do it well: Clichés are good in the sense that they get the point across clearly. Everyone has seen them; everyone understands them. Sometimes the best choice turns out to be a clichéd action. If that happens, then do it well. Make sure it serves its purpose well and adds something to the overall performance. These acting choices, just because they are used repeatedly are not necessarily bad choices - we just want to avoid too much sameness. If every girl character starts tucking her hair behind her ear every time she gets confused, we are going to get tired of it. So you may want to pair that action with other elements that we haven't seen. 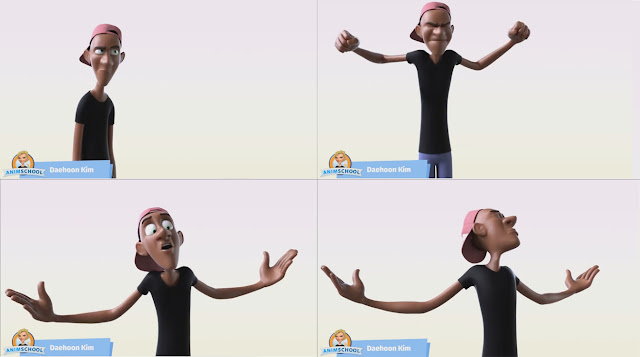 For more animation tips and tricks, visit our online 3D animation school, www.animschool.com and for more awesome animated shots like these, watch our student showcase of 2016 here.
Posted by Zainab Sher at 9:43 AM