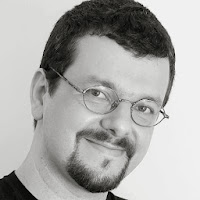 Today we are interviewing Carlos Luzzi. Carlos is a professional hand drawn animator, with 10 years of experience. He has done work for TV and film and is also a concept character artist and visual development artist.

Hi Carlos! Could you start talking a bit about yourself, your education background and when did you begin to be interested in drawing and animation?
I have been interested in drawing since I was a kid. The cartoons that I watched on TV drew my attention a lot and I tried to reproduce the ones I liked on paper. I went through my childhood drawing, and had some professional experience with drawing in my teenage years. I studied Graphic Design but I was always so interested in animation, which I studied by myself in parallel to the university studies. There were no courses in my home town, so in the beginning I had to teach myself, through books that I bought by my own. In the last year of college, I got an internship in a big studio in São Paulo and soon after I moved to Los Angeles where I spent several months studying life drawing, guided by masters Glenn Vilppu and Karl Gnass at the American Animation Institute (today Animation Guild). I had a big desire to develop my skills as a traditional artist before fully focusing on animation. After that, I came back to Brazil to pursue my career as a traditional animator.


Tell us a bit more about your professional experience. What was your first job in the field? For how long have you been an animator now and what are the works you are the most proud of?
My first job in animation that I consider professional was at the Daniel Messias Studio, where I started as an animator back in 2003. This studio was one of the biggest studios for animation ads in Brazil for decades, a market that kept the animation industry moving in Brazil and formed several generations of traditional animators here because of that. I was part of the last generation; today that industry is taken by CG and certainly much less traditional animators are being formed here, which I think is a shame. In the last years I became a freelancer, and diversified my works doing storyboards and visual development. One of the works I enjoyed doing the most was animating Mickey and Minnie Mouse in a short for Disney that was exhibited at the NY Fashion Week. We had little time, but having the chance of working with those characters doesn’t happen every day, and that was very special to me.

You are also an excellent character artist - what came first, the love for creating characters or love for animating them?
I think drawing is a part of me, so the process of drawing storyboards and character designs always ended up mixing with the process of animation in the short productions. Having said that, my main focus was animation for many years. I have full knowledge of the complexity of the animation process, and I’m still studying to refine my work. Since I love drawing, my interest for character design always existed, but most of the time I worked with pre-established characters, so I didn't have the chance of designing them often - one thing I’m trying to compensate now. Recently I had the opportunity to do a little visual development for a movie from Reel FX that is still going to be released and I really liked the experience. My interest for story is also growing by the day. I have been reading and studying about it since I started as an animator, but in the later years I’ve become more dedicated to the subject; recently I worked on the storyboards for a movie in Brazil and the process of story building is fascinating.

In your opinion, what does a character must have to grab the audience?
Tough question; I’m still looking for that answer, but at the moment I think it’s honesty. I watch live action movies and what attracts me the most in terms of acting are those moments when the characters have “honest moments”, where they are being themselves, doing day to day tasks, like there isn’t a camera pointing at them. That action makes it so that only the character being at the scene is enough, because the action is powerful and honest. Every subtlety becomes perfectly natural (even so they have been thought before by the actor), for they belong to that specific character and you believe in it. That is very hard to simulate, specially in animation, for we draw the character frame by frame, and the actor does in in real time. We always try to overdo the movement of the characters, where I think we should try to under-do it, finding the right moment and do what is right for the scene.

As a freelancer, you have the chance of working for several clients. How is the experience of being a freelancer in the animation industry?
Sometimes is intense. There are projects that happen all at the same time, and I’m always busy even on a regular day, either looking for possible projects or making quotes for future ones. The good think is that I have positive surprises, like having the chance of working on things outside animation, like concept art or storyboarding - that has sparked new interests for me and it has been fun.

What are your perspectives for the 2D animation industry, in Brazil and worldwide?
The industry right now is very small for hand drawn animation in features, that have been crushed by CG animation. That is nothing new, but there is always a movie coming up. I’ve heard about features in development, and there are always smaller projects coming up like ads and short films. I think the interest for good animation comes from the public for the most part, regardless of the final form, be it hand drawn, CG or stop motion. I’ve always been available to migrate to CG but the funny thing is that hand drawn, storyboards or visual development projects are always coming up and don’t let me leave the drawing board.

What do you think animation students must focus to improve the quality of their works and get noticed and possibly be hired by a studio?
Animation have many ways and it’s possible to reach excellency in several ways. There are CG animators that don’t know how to draw and are excellent in what they do using video references. In my particular case, I have drawn for many years by observation, capturing how people naturally act. People from my family, pets, people in the street. I’ve carried sketchbooks with me my whole life, and tried to capture life, the real stuff. That’s still a long way to go, and I’m constantly learning. Today I use other references, like video, for analyzing actions and the actors, as well animations that I consider to be excellent. But I always advise beginning students to draw the world around them.

We thank Carlos for his time. Be sure to check out some of Carlo's work on concept character below, his site and Vimeo profile. 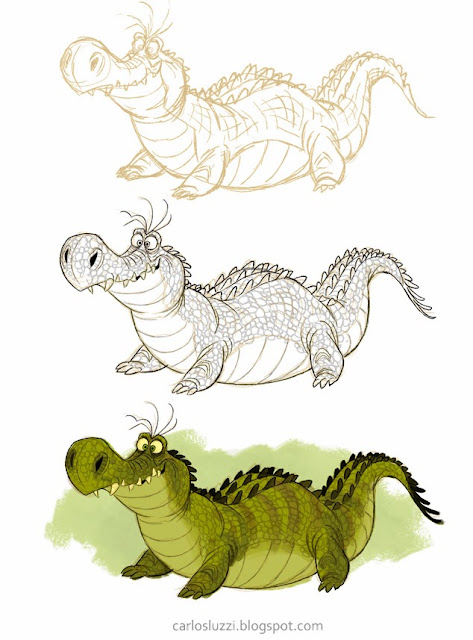 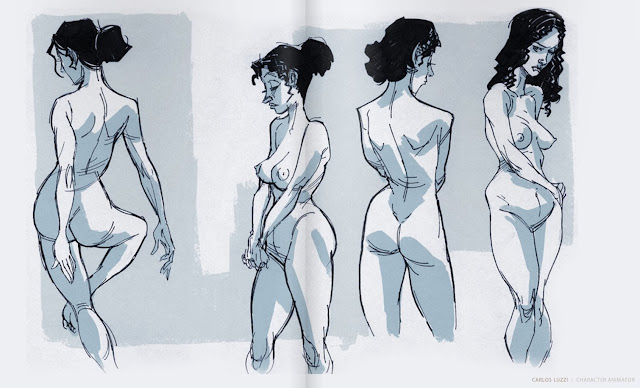 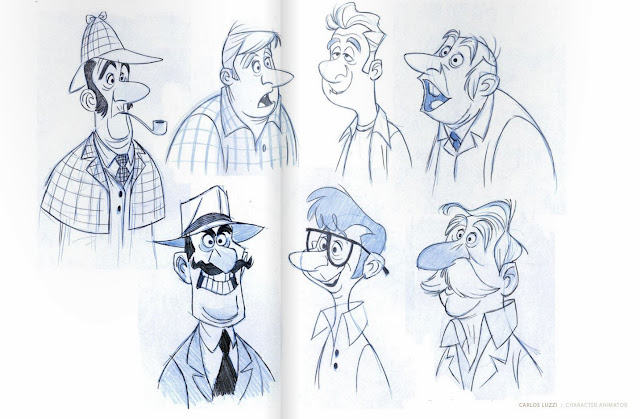 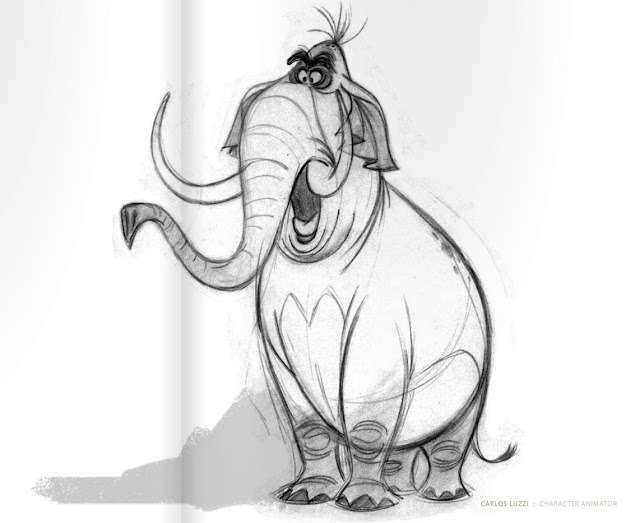 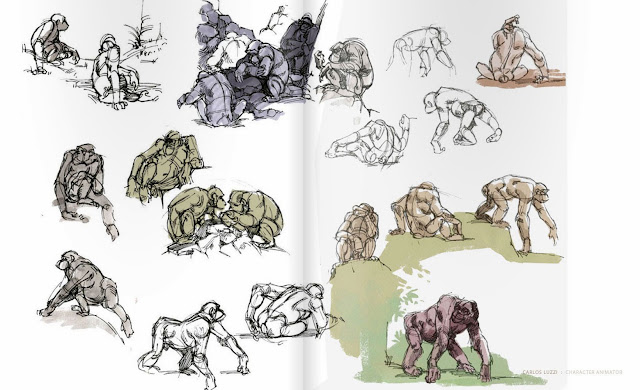 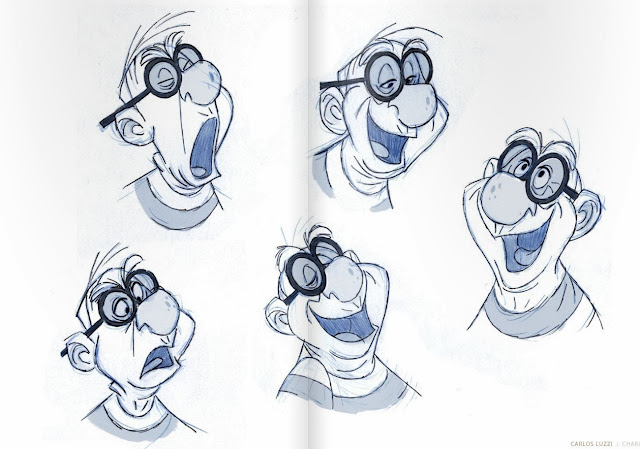 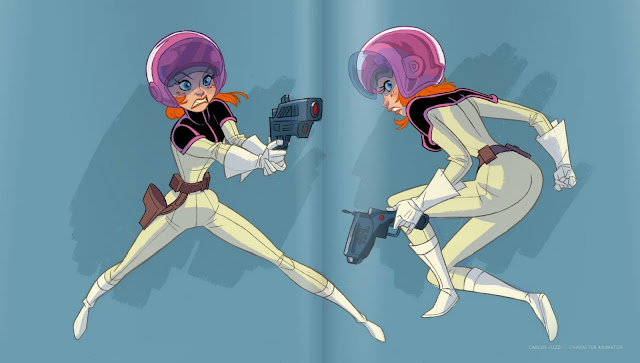 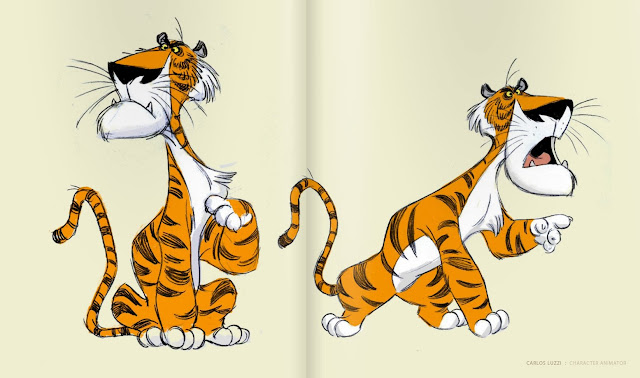 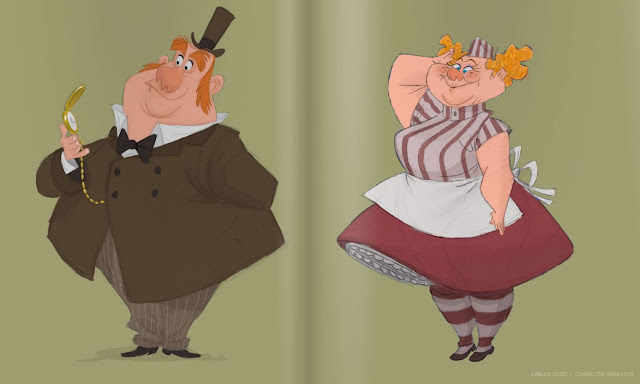 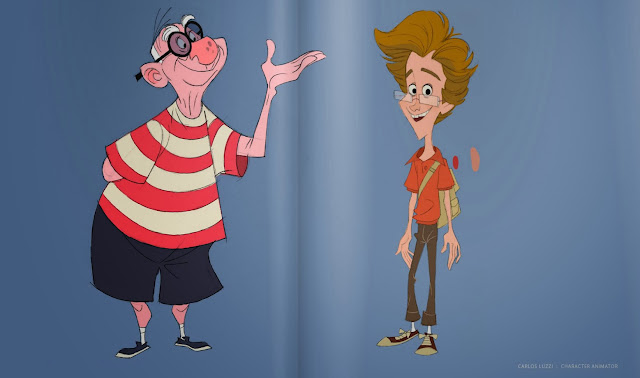 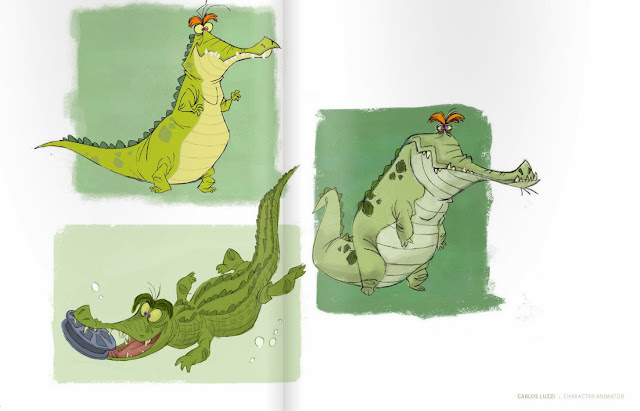