AnimSchool presents: an animation by Edwin Schaap reviewed by Mark Harris, an animator from Pixar!


In part 1 of Showing Weight, AnimSchool Instructor and Blue Sky Animator, Matt Doble, draws examples showing the heavier something is, the more effect it will have on the body.

In upcoming part 2, Matt discusses anticipating the weight of an object.
Posted by AnimSchool at 10:40 PM No comments:

We're here today with Modeler and AnimSchool Instructor David Strick. Thank you Dave, for taking the time to answer a few questions.
Thanks a lot for having me!


Some of the studios you've worked for are: Blue Sky Studios, EA Games and now DreamWorks. Is there something that stands out that you've learned at each Studio? 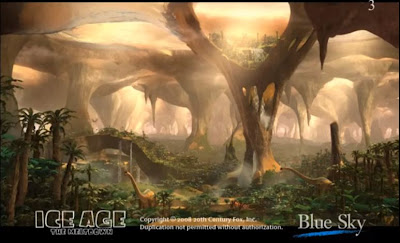 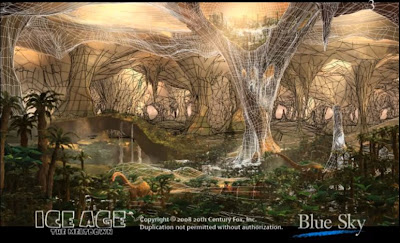 Well, Blue Sky was my first real job in the animation industry, so I think I probably developed most of my technical modeling skill there. I learned a lot about how a production pipeline works, and saw films grow from ideas, to storyboards, to artwork, to animation and so on all the way to the big screen. I genuinely love the team there. On a side note, I started there as a production assistant, and the thing that immediately jumps to mind that I learned (the hard way) is to never, never use the paging system to make a page that the whole company can hear without carefully considering exactly what you’re going to say. Think of what you want to say,  hit the page button, say it, hang up.... I’ll leave it at that.

Anyway, my time at EA definitely taught me about efficiency. The deadlines tended to be very tight, so time management became an essential skill. Though EA is a very big company,  the team doing the project that I worked on was relatively small,  which made it pretty nimble when making big decisions concerning software or pipeline. That definitely put into perspective how difficult and slow it can be to implement those same kinds of decisions at a large animation company. It was a very eye opening and humbling experience. 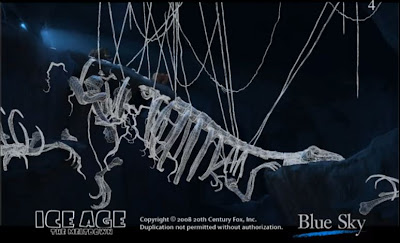 Dreamworks has been an amazing place to work so far, and what stands out is the level of talent of the people working around me. I constantly feel pushed to do my best work and constantly draw on the collective knowledge of my team. It reminds me a lot of my experience at Blue Sky. We use a very similar pipeline, we encounter all the same problems, and the people are very similar in temperament. I suspect that applies to most of the other animation studios. Artists leave one studio for another all the time so end up with studios that are built from the experience of many of the same people.

From your experience, what are some of the differences between working in Feature and in Games?

Apart from the tighter deadlines, I think the gaming pipeline placed many more technical limitations on artists,  which forced artists to do a lot more creative problem solving. I also think that in gaming you’re able to try on more hats. In 6 months at EA I did modeling, texturing, and particle effects. While in the animation industry I’ve pretty much only done modeling. There seems to be an attitude in gaming of just doing whatever works.

Many modelers want to model characters. What advice do you have for environmental modelers who are trying to become character modelers? How did you go from modeling environments to characters at Blue Sky? 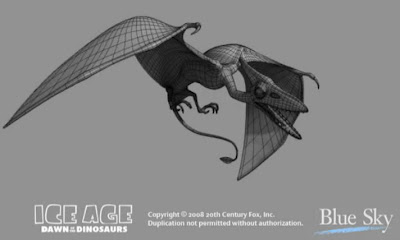 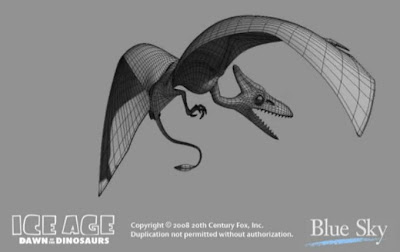 Actually any modeler who wanted to model characters at Blue Sky was usually given the opportunity. Some studios do divide departments by character vs. environmental work. I know that’s the case for Pixar,  and it was at EA.  Blue Sky and Dreamworks both combine character and environmental modeling into one department. I think the best advice generally if you’re looking to get into character work is to simply do a lot of it on your own and get good.

How long ago did you start using ZBrush and which studios have you worked with ZBrush as part of the production? How often do you use it in the studios?

I started fiddling with Zbrush on my own about 4.5 years ago. I did an awful portrait of another Blue Sky modeler. Both Blue Sky and EA use Zbrush in their pipelines. EA actually can use Zbrush to create models, textures, and normal maps, Blue Sky mostly tends to use it for visual development. I hear Disney and Pixar both use Zbrush, though I think Pixar may also use Mudbox.

How is ZBrush/Mudbox or traditional sculpting used as part of the pipeline in the different studios? What kind of data are you able to keep for the actual production model?

I think many studios used to rely a lot on traditional sculpting for visual development. Someone would sculpt a physical model, that model would be scanned, and then someone else would take that 3D digital information and create a separate 3D production model. That work flow seems to be going away now, and is replaced either by simply direct modeling in Maya or by using Zbrush/Mudbox to make the 3D data without having to scan anything.

I’m a big fan of using Zbrush to find the look and feel of a character without thought of the technical limitations. Once the look is found and agreed on, then the production model can be created to suit the technical requirements. It’s a fun and efficient way to work.

Most data can be kept when going from a viz dev sculpt to a production model. Some of the detail work will diminish a bit, but hopefully that can be brought back by Surfacing. Additionally when neutralizing a character for Char TDs or Rigging a modeler has to remove any expression from a character’s face, making it look little zombie-ish, however any lifelike qualities that are lost tend to be found again when the character is animated.

You have a huge variety of artwork on your blog. It was refreshing to see such a mixture of traditional and CG work. What's your favorite medium to work in? 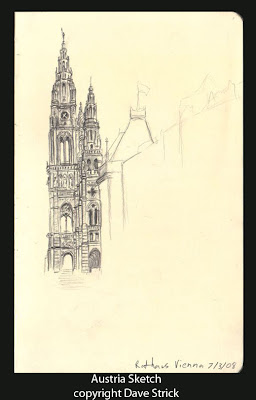 I made that blog as kind of a motivational tool to try out different techniques. It also nice to have a place for only personal work as a sort of compliment to a professional portfolio or demo reel. I really don’t have a favorite medium; I think all artistic mediums are totally intertwined, and if you improve your skill at any medium it will boost your skill in all of them.

You did some beautiful sketches in Europe. What inspired you the most while you were there, and how often do you fit drawing into your schedule now? Do you think it is important for modelers to draw regularly?

That’s a very kind question, thanks. It’s not hard to find inspiration when traveling. I particularly like seeing places with a lot of visible history, with monuments that took people generations to build. It’s amazing to see the kind of dedication people had to creating beautiful things four hundred years ago. It makes me wish we had more of that today.

I think drawing regularly, or painting, or sculpting, or just going to museums are all really good for modelers or any artist really. Developing a good confident aesthetic sensibility is really the goal. I think that completely trumps any technical knowledge about a specific software. As a modeler, if you’re making an object that you can envision, you’ll get there eventually even if you barley know the software. 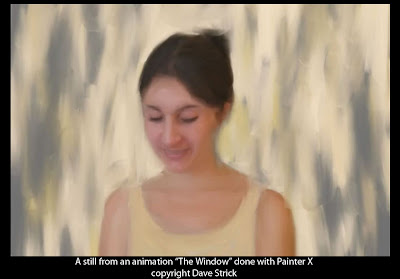 
In part 4 from AnimSchool's live webcast with Tom Bancroft, Tom discusses Tilts, Flow and Rhythm, and the importance of having the three in poses and character designs.

For more tips from Tom Bancroft, check out his new book on character poses: Character Mentor. In stores now!
Posted by AnimSchool at 10:31 PM 1 comment:

AnimSchool Instructor and Blue Sky Animator, Thom Roberts, talks to his Animschool- Introduction to 3D Animation students, about the process of learning 3D animation. Thom gives tips and advice based on his 7 years of experience working in the industry.


Thom Roberts Profile
Posted by AnimSchool at 3:01 PM No comments:

In Part 3 from AnimSchool's live webcast with Tom Bancroft, Tom walks through a couple of his shots from Disney's "Mulan," and talks about the inspiration he drew from when introducing Mushu. He also discusses a few cheats and challenges that went along with 2D animation.


Tom Bancroft's Animation Reel
Posted by AnimSchool at 8:31 AM 3 comments: