In Part 1 of AnimSchool's Webcast Lead animator on The Lego Movie David Williams discusses the time he spent working on this movie. He shares his experience and motivation that led him to inspire life in Lego characters that are anything but simple.


Come join all the students learning online at AnimSchool
Posted by Unknown at 1:47 PM No comments:

AnimSchool Classtime: Body Mechanics on a side step with Thom Roberts

In this clip, Blue Sky animator and AnimSchool instructor Thom Roberts helps to figure out how the body mechanics on a side step work. Watch it below:

This is a clip from AnimSchool's class Introduction to Animation, the first term of the 3D Animation Program. To find out more, go to AnimSchool.com and apply now!
Posted by Guz at 5:59 PM No comments: 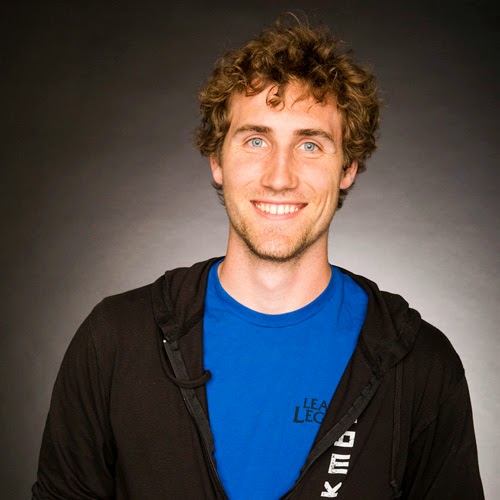 Hi Daniel! Can you start by telling us a bit about yourself, like your background, where you’re from and experience before AnimSchool?

I'm from California, The Sacramento area. I originally went to Expression College and studied animation and visual effects. I didn’t focus on animation initially but more of a generalist role learning a little of everything. Only near the end of my time there did I focus on animation. Later I worked over at Adhesive Games as an animator and wanted to polish my animation skills more and do some shot animation. I looked for a good school and that’s when I found Animschool.

Who are the animators that inspire you?

It’s hard to choose, I get inspired by all the animation I see. One animation that sticks out for me is Ryan Woodward’s “Thought of You”:

I love the movement and expression that he conveys with simple gestures. I also view Wayne Unten’s blog and love his simple quick animations. Its creative animations that make me just want to buckle down and get my own done.

Can you share your process from start to finish on your shots for the body mechanics class?


This was a really fun assignment. I started with a brainstorming session. I knew I wanted to get the most out of this animation that I could. I took some time to come up with a clever and fun way to tell a story. I made a web with all my ideas and how they could be done differently. I went through quite a few ideas before settling on this one. The next step for me was to plan out my shot, I didn’t want to build any props if the idea was going to fall flat. A few thumbnails later and I was confident enough to get into Maya a build my scene.


I built the tree house trying to keep it simple as I could so it would match the character. I left out the rope till later and just imagined it as I animated.

Then I filmed reference. I didn’t have access to a rope swing so I found some reference online for that. I did have my brother and a friend drag me around the floor to get reference for the end:

After some notes on my idea in class I began to block out my scene. I did the main story telling possess at first and from there broke down the physicality of the movements. Then it was on to more blocking! I got it down to 3's for most of it, I think, before I moved into spline.

Of course I had lots of notes from my teacher to improve my work. In the polish stage I would do a pass then play blast and write down everything that I could see and then do another pass. Then repeated that step a few times more. After I was happy with it I modeled and rigged the rope and put it in.

Continuing on that, your facial expression shot is very emotional, and the character really shows that. How was the process to convey such subtle internal feelings on the character, from start to finish?


My facial performance shot was a challenge. I had several different ideas and quite a few sound clips. I really tried to get into the head of the character. I explored how she would act, not just what she was saying. I wanted her body and face to tell what she was thinking as she said the line. Again, I shot a lot of reference. When I got into Maya and started posing I really took the time to sculpt each pose.


But after a round of crits I had to rethink my acting choices. I redid most of my shot and tried to catch up to the class. I was a bit nervous at this point because I had a long shot and had already been set back but I knew the changes really helped. In spline I actually did some exploration of subtle acting choices to find the ones I thought worked best. I was still behind schedule so I pushed through polish in a weekend!

What was the most valuable pointers that your instructors at AnimSchool gave on your assignments, in your opinion?
Planning pays off! If you don’t spend the time up front it doesn’t matter how well you polish a shot it won’t be as good. You need to lay the foundation of a shot and how its framed and how it plays out before you get started. Then you need to look at the foundation you just made and pick it apart and try it differently. Then you know you’ve got something good. Another great bit of advice is that if it feels wrong it is wrong. It might be animated perfectly but if it doesn’t feel right then it’s not. On the flip side if it breaks the rig but feels great use it.

Any advice for your fellow students?
Don’t be afraid to start an animation over. When you do it the second time it will be faster and better!!

We thank Daniel for this interview and be sure to check out his LinkedIn profile and Facebook.
Posted by Guz at 3:49 PM No comments:

In AnimSchool's Animating Characters class, instructor Keith Osborn shows how to convey line of action and weight on a character's walk.

Come join all the students learning online at AnimSchool.
Posted by Guz at 2:50 PM No comments: