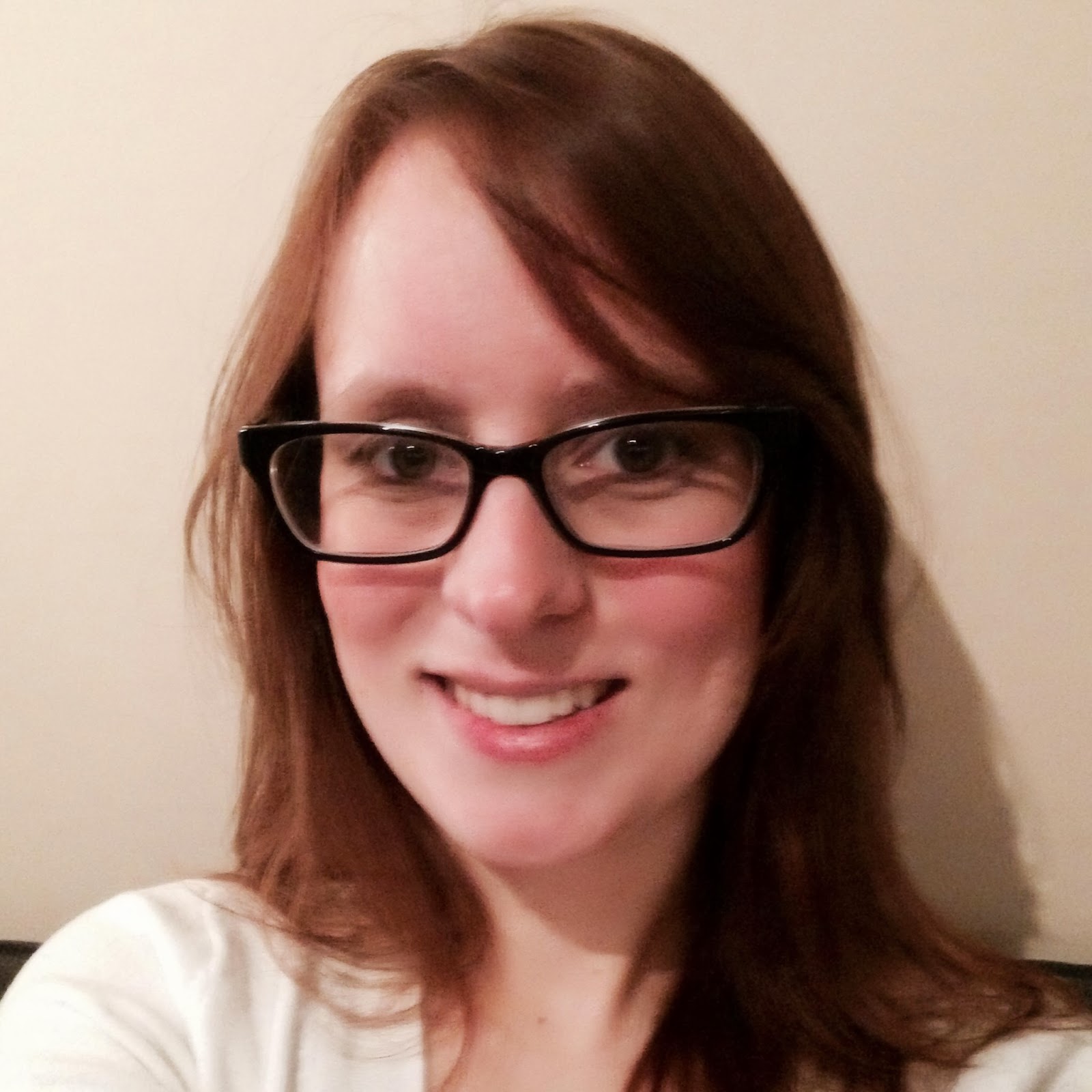 Today we are interviewing animation student Nanda Van Dijk. Nanda is very talented in the digital arts realm and is taking the 3D Animation Program at AnimSchool.

Hi Nanda! Can you start by telling us a bit about yourself, like your background and experience before AnimSchool?

Animation has always been my passion. As a child I was always drawing and watching animated films. I went to the Utrecht School for the Arts in Holland and studied computer animation and visual effects and graduated with a master's degree. I learned a lot about creating animated films, from writing the scripts to making the storyboards to the production itself. There wasn't really an option to specialize yourself in animation. The Dutch animation market doesn't really work with specializations so the school trained me to be a generalist. Because I didn't learn much about animation at the Utrecht School of Arts I taught myself as much as possible. I was hired in 2010 as a 3D artist at Mediamonks, a creative digital production agency, right out of school and worked there for two years. In 2012 I started Animschool in class 4. I showed my work to Tony Bonilla and he told me that I had enough experience to skip the first 3 classes. After 3 terms at Animschool I had to take a couple of term breaks to work on a feature film. I had the opportunity to work as a 2D key animator at the Anikey Studios for the Dutch feature animated film "Trippel Trappel". Currently I am working as a freelance 2D and 3D artist in my own company Anim.nl and I'm back at Animschool to resume my classes.

This term I'm taking the Advanced rigging class as an in between class to learn how I can make a high level facial rig and next term I will take class 7 in Animation.
You seem to be comfortable with digital painting, rigging, modeling and animating. What area do you like the most and why?


Animating is still my favorite area, I always loved acting and character development. But the most fun for me is is to design, model, rig and animate an entire character. It's great to have control over the entire process. To animate a character and make it come to life is always a magical thing, but to make your own creation come to life, makes it extra special. When I started to animate in 3D at school there weren't many great free rigs to work with like the amazing Malcolm rig that Animschool offers for free. I had to work with rigs like the Generi rig, a very unappealing basic free rig. Some of you will probably remember him with mixed feelings, haha. This is one of the reasons that I wanted to make my own models and rigs so that I would have appealing characters to work with. This is also one of the main reasons why I picked Animschool over the other schools to go to. Animschool has some of the most appealing and professional character rigs that I have come across.
Who are the artists that inspire you?
There are so many amazing artists that inspire me. Everyday I try to look at blogs with artwork. A couple of my favorites are, David Colman, Peter de Séve, Greg Dykstra, Loralay Bove, Ryan Lang, Pascal Campion, Barbara Canepa, and lots and lots more. And I have a lot of very talented Dutch friends who inspire me every day as well, specially the illustrations by Lois van Baarle and Wouter Tulp, two amazing artists. And as for animators, I'm a huge fan of Glen Keane. I love his animation style and the appeal his characters have. When I went to CTN in 2012 I watched him animate the little Mermaid. That was very inspiring to watch. And of course the animations by the nine old men are a huge inspiration for me.
Can you share your process from start to finish on your shot with Mr. Bones for the Body Mechanics class?


That animation was so much fun to make. I had an amazing teacher, Tim Crawfurd. He has over 12 years of experience working at Pixar. I couldn't have asked for a better instructor. It was also a coincident because Tim is also from Holland. That was a lot of fun because we could sometimes speak in our native tongue with each other and make small inside jokes. The assignment for this term was to make a short pantomime story with one of the simpler Animschool rigs. I loved the look of the Mr. Bones rig so I decided to create my story around him. I knew it had to be a Pirate story because Pirates are simply awesome! The idea for the character to lose his arm came really quick to me but it was very tricky to think of a way to communicate this idea to the audience. First I had to establish that the character lost his arm and that he still had to find out himself that his arm was gone. It all depended on the timing of the animation. If he noticed his arm missing too quickly the audience wouldn't have noticed it themselves yet so they would miss the punchline. I really had to think about a way to direct the eye of the audience to the missing arm so. the yawn, and the looking for the arm helped to stage out this scene. It also helped the performance to give the character some real personality. After figuring out the staging and the blocking I polished my animation, modeled the stage for the cave, modeled and rigged the bat and did the lighting and shading. To really finish the animation I asked Dave van Luttervelt, a very talented composer, to do the sound design and music for me. I'm very pleased with the end result. I hope you'll enjoy it as well!
You worked on Trippel Trappel, a dutch feature animation film. Can you tell us more about the film, your role and what challenges did you face in the production?
Trippel Trappel is produced by il Luster in co-production with ViviFilm, animated at Anikey Studios. The story is about a couple of pets who want to celebrate the Dutch Holiday 'Sinterklaas'. Sinterklaas is very similar to Santa Claus, he also brings presents to children through the chimney. The pets want to get presents too so they're going to find Sinterklaas to bring him their wishlists. The film is still in production and will be released October this year in Dutch and Belgian theaters. This will be the first fully hand drawn animated feature from Holland since 1983. When I learned about this production I made an animation test and the studio asked me to be one of the Key animators for this film. In the studio they use TV paint and Wacom Cintiqs to animate. Unlike the old Disney films I didn't work on just one character. More like in 3D I got an entire scene and had to animate everything in it, so I had the chance to animate all the main characters in the film. It was very fun to do but also very challenging especially because I normally work in 3D and now had to animate by hand in 2D. I had about two weeks to learn how I had to draw the characters and after that I got my first scene. Because the movie is funded mostly by the government there isn't a big budget to work with. So I had to work very quickly and still try to keep the quality as high as possible. It was very challenging and hard work but I think it payed off. I'm very impressed by the quality of the animations made by everyone in the studio and I know that it will be a very beautiful film when it's done.

Here is a small teaser of the film. This piece is animated by Marcel Tigchelaar, our supervising animator. The official trailer will be released around February.

I think the most important thing is to really think about your scene before animating. Thinking about what is happening in the scene, what the character is thinking. If the character says one thing but thinks something else. How you can use staging and timing to improve the performance of your character. Thinking about every eye dart and every small movement why you are animating it like this and if that is the best way to communicate an emotion or thought. Most of the time I work on short projects with very tight deadlines and then I just start to animate and see where I'll end up. In Animschool I finally have the chance to really take my time to focus on small details and work on my acting skills.

We thank Nanda for her time, and be sure to check out her awesome works on her site, LinkedIn profile, Facebook Page, Vimeo Page and Behance!
Posted by Guz at 1:16 PM 2 comments:

Great tips on posing your characters by AnimSchool instructor and Head of Animation at MPC Los Angeles Jean Dominique Fievet.

This is an excerpt from Jean Dominique's class on Animating Characters Term from the AnimSchool 3D Animation Program. To learn more about our courses, go to our website.
Posted by Guz at 1:31 PM No comments: