Today I got the chance to interview talented animator, Aulo Licinio, who placed runner up in April's 11 Second Club competition. Aulo, thank you for joining us today! 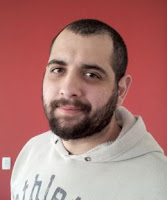 First of all thanks for having me here, I'm very happy with this opportunity.

What made you want to get into animation?

I think I got into animation mainly because of my father. Not that he's an animator, but he forced me to watch cartoons with him when I was younger. It was the kind of thing that I would like to go out and play, but he forced me to stay inside accompanying him with his cartoons. There was another situation, when I was a little older and “got into videogames”. That made my grades go way down and eventually my father always ordered me to go study and let the videogame go. One day in defiance I said that I would work in games someday, which was what really turned out to happen. I don't know why but I simply couldn't get this out of my mind.

There are a lot of rigs out there, can you tell us why you decided to use AnimSchool's female Malcolm Mod Rig for your animation?

For a long time I was trying to test the Malcolm Rig, I think since it came out. I looked at other animations and his flexibility looked amazing. I just kept imagining all the things I could do with it. Then, finally I got some spare time to test it out.

What were some additional modifications and adjustments you made to the rig to suit the purpose of the story?

Since it's an old lady talking in first place, I had to see if I could get her to look older than the actual model. After a quick “study” of the rig, I could spot the parts of the mesh I needed to tweak. The loops are actually good, so that a basic mesh sculpt would do it. Another good thing is that I only showed the upper body, so I wouldn't have to worry about the legs or a dress. The earrings, necklace and glasses had a simple hierarchy (ConstrainGroup/ControlGroup/Mesh). 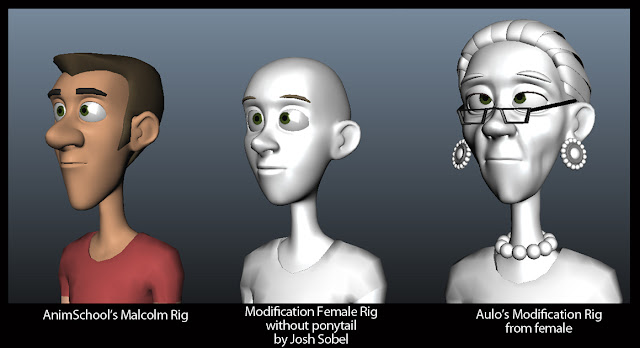 You had a lot of great subtle animation in your shot. What were some of the challenges you were faced with when animating? Did the AnimSchool Rig meet all you expectations?

About the rig, I have no complaints at all. Actually, I think that I didn't push it far enough in some parts. The subtle animation was a big challenge itself, but since the start of the shot I knew that I would like to put in a lot of details, and I wanted to go with a pose-by-pose mixed with a lot of straight ahead animation. This way I could plan myself better to accomplish the deadline. Having to manage my spare time was the biggest challenge of all. I pretty much had a little more than 24 hours divided in some weeks (1-2 hours per day). To achieve this, it took me some planning as well.


11secondClub April Thoughts behind the shot. from AuloLicinio on Vimeo.

Lastly, what's next for you?

I guess it’s to continue studying and trying to get better. Right now I'm focused on some small projects/shots and I'm hoping one day get to direct my own short film.

We'd like to thank Aulo Licinio for taking the time to share his experience from the April 11 Second Club competition.