Today we'd like you to meet Julia Marenco, a recent AnimSchool graduate from the 3D Character Program! She is one talented woman and kind enough to let us ask her a few questions.


Did you have any previous experience in the arts, animation, or film?


When I started working, I began working as a producer of fashion for an Argentine fashion magazine.

After the magazine, I went to work on television as a producer at the beginning, while studying at the National School of Theater, so I ended up working in some soap operas and theater as an actress.

Later I began to study animation and when I finished my studies, I started working for a Spanish graphic design company making Flash animations related to school education, something like "The Little Prince" or some fables. 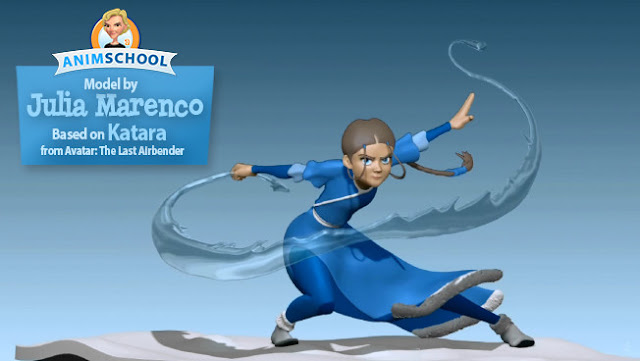 What was the most valuable part of your education at AnimSchool?


I can't choose just one part. For me, all my studies in AnimSchool are the most valuable part. All I've learnt is awesome, every single term amazes me. The patience and dedication of teachers, as well how they can get my best from me.


The other classes such as General Reviews and the Art Class are inspiring and motivating.

And one thing that I want to note is the way we have been taught to think about animation, such as how to make a cute adorable character and in its animation seems to be alive so that their acting touches us.

I have no words to thank AnimSchool for everything I've learnt. 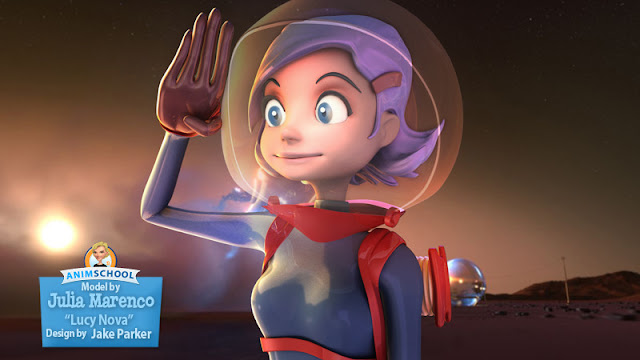 What made you decide to enroll at AnimSchool to learn 3D modeling?

When the first 3D animated movies began to be seen in Argentina, I fell in love.

A few years later I started to think I'd love to do 3D, but did not know where I could learn 3D animation in Argentina, till one day I saw an ad in a newspaper publicizing courses in 2D and 3D animation.

So I went to the course and there I met a person who told me that before learning 3D animation had to learn traditional animation, drawing the animation by hand.

I thought she was right and went back to drawing and started learning traditional animation.

Thanks to that, I met a friend (Maximiliano Schneider) who years later would be my first 3D animation teacher and the person who would take me to study in AnimSchool. 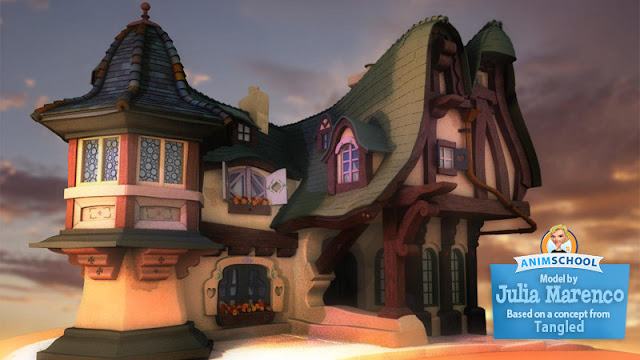 What are you are doing now that you have graduated from AnimSchool?

Last year I modeled a giraffe character for a tv advertising agency and a character that looks like Superman for another agency.

Also I modeled for AnimSchool some of the hairstyles and clothes for Malcolm. 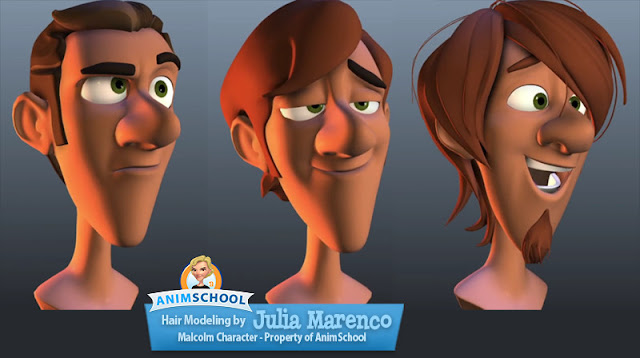 Yes, ENJOY YOUR CLASSES, you're the lucky ones now!


Thank you so much for chatting with us, Julia!

To see more of Julia's beautiful work, check out her Demo Reel below:

To come and learn at one of the best online animation schools, please visit animschool.com
Posted by Alyssa Fifer at 9:19 AM