We'd like to welcome Animator Camille Campion. First of all, congratulations on your 11 Second Club March win! Can you tell us a little about yourself and how you got into animation? 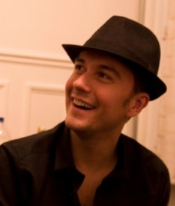 I think I have a very classic career path for a young french animator... I've drawn since I was 4 years old. I was crazy about animated features when I was very young, especially the Tex Avery work. I studied art at a university and I studied 3 years in one of the many Animation Schools we have in France. We had the honor to be the Jury award winner at Siggraph 2008 with our end of studies short film, Mauvais Rôle.

For three years I worked in Paris on different companies projects, feature films, commercial and TV shows. For almost three years now, I've been living in Spain working for Kandor Graphics on the feature film "Justin and the Knights of Valour," (Most of the Flying Crocodile shots are mine) Sometimes I also teach animation at the University of Granada.

What is your favorite part of the animation process?

Definitely the staging and the blocking part, that's the more creative part for me. The splining process is more technical and methodic. The polishing is interesting, but less than the blocking. I like the refining stage too, when your animation works, but you still have time to retouch details. Sometimes a small detail changes the whole shot.

You've animated on the 11 second club with much success with many different rigs. Why did you decide to use AnimSchool's Malcolm Rig for both your characters for your entry: "Interview"

I'm work hungry. It was during a professional pause, I was with this envy of animation. Every time I'd try to use a new character, because I get bored fast with the same character. I want to explore new physiology, and personality. Next I wanted to use a professional character, I looked on the web to see what was available. Malcolm is used a lot, and now I know why!

What was it like working with the Malcolm Rig? Did it meet all your expectations? What did you like most about it? 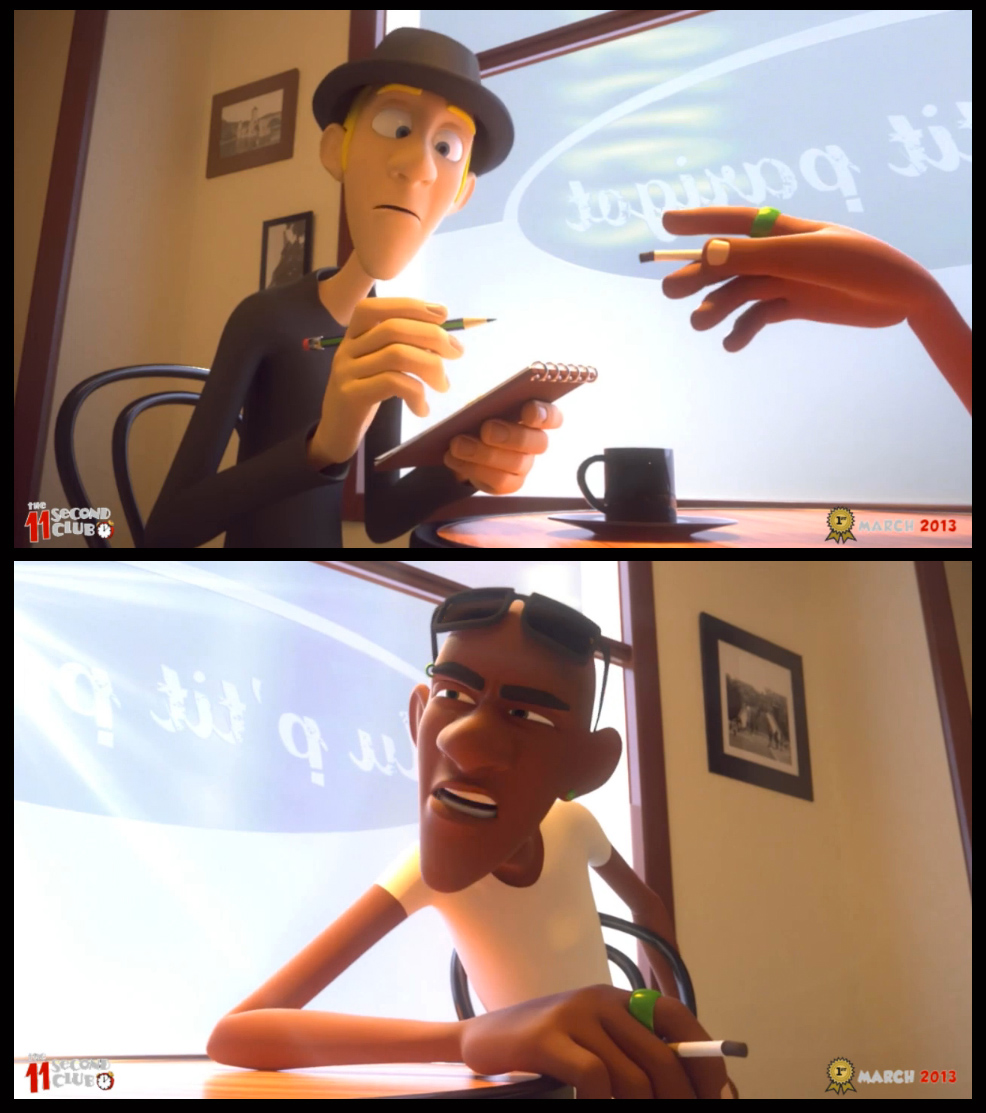 The first important thing for me is the model, the design and appeal. Malcolm looks good, his design is simple, but with potential- I like that. The rig is very complete, the facial rig is superb and powerful.

One thing I don't like, and it's a problem I see in many rigs, is that sometimes there's too much control. It could be stuffy to manage. As a detail, when I move the head in translation there's no compensation in the neck. The column deformation sometimes is a bit hard.

In general Malcolm is a really good rig, it's not famous for nothing. I think the better of the free rigs on web! The thing I prefer... I really like the facial rig, but his hands are awesome. The mesh and the rig respond really well, and that's not usual.

How did you go about animating 2 characters with the same structure, while making sure 2 different personalities came through?

It's not very different than animating one character, you just need more time. The important thing is to identify your objective and the personality you want to show in your character. Try to make them different but believable. In shots like this you're driven by the audio, that makes things easier.

It's hard for me to explain with these shots because I was trying something new, I was discovering the rig and I only spent 5 days in the animation process...