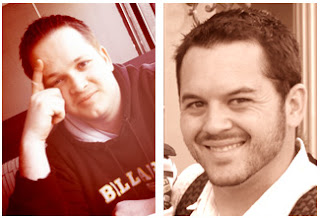 For the introductory term, Introduction to 3D Lighting students are team-taught by TWO feature film professionals in approximately 3 hours of live web classes each week, lighters Brandon May and Michael Murdock of Blue Sky Studios.

The class covers the basics of 3D lighting in Maya. Learn the principles of light, shadow, color, composition, and staging. Learn how to render great images using Maya's tools.

This course is designed for AnimSchool animation or modeling students, and also for students who may want to pursue lighting and rendering as a career path.

The instructors appear on a web camera and share their desktop, so students are able to see the instructor explain concepts, and can ask questions as they go.

Environmental Modeling is AnimSchool's new course to go deeper into hard-surface modeling and learn environments. Students learn how to make sets for their characters.

In this new course, students learn best practices for production modeling, naming, breakout and asset management, and previs, cameras, lights, and resolution handling. Students learn the secrets of set modeling, with instruction in UV's, Cloth simming and particle distribution of elements, as well as working in a visual style.

Introduction to 3D Lighting and Environmental Modeling are offered for Summer Term, July 1 - September 14. Prospective students should apply at: http://www.animschool.com/Members/NewStudent.aspx

AnimSchool characters and tools are used by more than 15,000 users worldwide, and have been used to win numerous animation contests and for commercial needs. AnimSchool is known as the most trusted name for appealing 3D characters and animation.

Now with over 200 students, AnimSchool was founded in 2010 to bring character-focused 3D animation instruction to students all around the world through live online sessions with the very best film professionals.